August 09, 2019
She has not been a baby for a very long time. It seems like the second the clock turned and it was her birthday she became a diva. She's always been bossy...but she didn't steal that. Now, if it isn't the way she wants it, she doesn't want it. At. All. 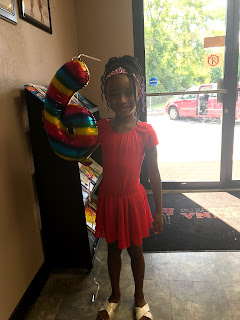 I initially had plans to have a small gathering at my house with some inflatable pools and the like. Then I thought about wet kids and mud and grass and quickly changed my mind. I was on the way to telling her we could just go to Carowinds for the day but she decided she wanted to have a party at "the gymnastics place."

Does she do gymnastics? No. But we have been to 4 parties there and they are always a good time. It wasn't cheap, but if I'm being honest with myself, I would have spent so much more if I had it at home. And this experience was completely hands off. They even ordered and picked up a cake!

Although a lot of people that were invited ended up not showing up, we still had a ball. I almost sent invoices since I had paid for the kids but I decided not to be too petty.  We had a few adults that were more than happy to do the activities with the kids. I won't share those pictures...LOL!

At 6, Trinity is interested in crafting anything (especially if it involves cutting up minuscule pieces of paper), slime, trampoline parks (although she has only been to one), drawing, and singing. I've been trying to figure out some activities for her to be involved in on a regular basis, but as for now, she's not interested.

She is being a little more adventurous with food and tells me I'm the best cook ever...next to Grandma Margaret, TT Chasity, Uncle Randy, and Mrs. Pearl (the summer camp nutritionist).

She is a joy and has the most infectious laugh I've ever heard. She's not a morning person, and is showing interest in tasting decaf coffee thanks to her big cousin Madison.

She has also informed me that she no longer likes cake or cupcakes. Like what? Seriously, over night she was like nope I don't really eat cake and not cupcakes either because they are just small cakes. Tuh. So, for her birthday, I let the gymnastics place order a cake from Publix and I made her a cookie cake...which she also did not eat. But I will say it was probably the most delicious cookie I have ever made. I'll have to make it again to see. :) 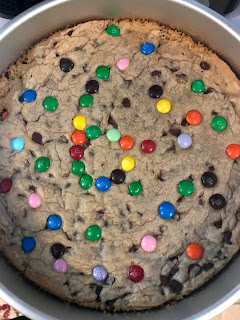 The recipe for the cookie cake can be found here: https://www.designeatrepeat.com/cookie-cake-recipe/
I didn't make the frosting because she apparently doesn't eat that anymore either. Go figure!

Now, we are preparing for her to enter the 1st grade! Time flies. 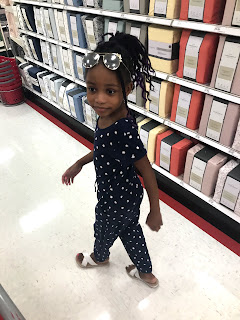 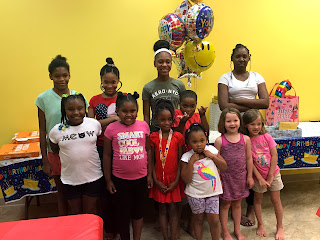 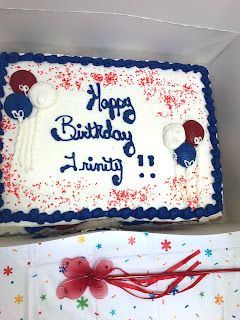 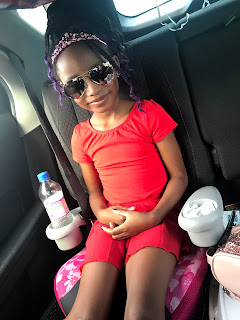