Life and its accomplishments should be celebrated. My friend retired. He left me and now I’m all alone. Not really lol, but he was surely something special to me. I imagine he will spend many days on various golf courses and he will learn new ways let his chickens entertain him. I’ll definitely stay in touch for the eggs! (Joke!)

In honor of his second retirement, we threw him a party. He protested. He did NOT want a party. He thought he didn’t want a party. I’m sure he’s as happy as a hen that he let us do it for him. He was scared no one would come, but they did! And he was overjoyed and overwhelmed with love.
Aside from coordination duties, I wanted to make him a few things from my heart. I made him golf themed cupcakes, a loaded chicken salad, shrimp and black bean caviar and punch. There was a tremendous amount of food. We tend to equate love with food, so he should know just how much we care.

In his farewell speech he told a room full of people that 1. I am his soul mate (but not in a romantic way), I told him what to wear, I told him topics he could NOT discuss and I told him to cut his 40 minute speech down to about 3 minutes. He mostly listened. The past 12 years have been very special for me and I will never forget you Tom!
Now for the food!

This recipe was shared with me by one of my coworkers. Another coworker had retired and I missed the party. The first thing I heard when I returned to work was how good it was and how I should have been there to try it. Of course I had to get the recipe! So I made it for Tom, having never even tasted it! The party was this past Friday, I made it again on Saturday! This recipe is best made at least 8 hours in advance. We like it with Tostito’s Scoops or tortilla chips.


Combine all ingredients. Cover and chill for 8 hours or overnight, stirring occasionally.

This recipe is very versatile.  You can serve it as an appetizer with Scoops or as a salad over a bed of lettuce garnished with crushed tortilla chips.  You can also heat it up and serve it over a bed of cooked rice. 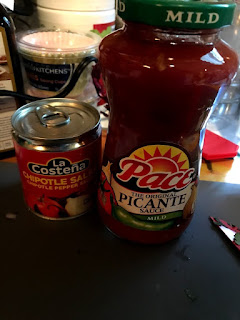 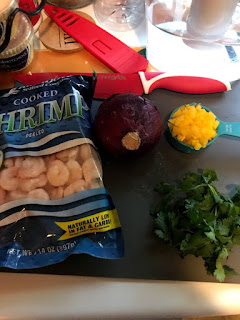 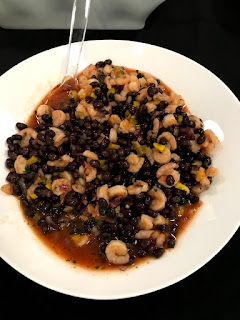 This was created because I wanted something different. I knew it was going to be chicken salad because I had already bought the meat. But now that I'm thinking about it, I guess it could have been a buffalo chicken dip just as easily, but I have NO regrets! I am not a serious dark meat eater. Like at all. However, this chicken salad is an exception. I had some boneless, skinless chicken leg and thigh meat. I think it must have been around 5 pounds. I didn't know whether or not the recipe would actually make it to the blog, so I didn't really document or measure anything. I seasoned the meat and let it marinate for about 24 hours. I seasoned with garlic powder, kosher salt, fresh cracked black pepper, and onion powder. The amount that I made was enough for a party. I'll post the recipe that I used as a guide. This was nothing short of amazing! Everyone will love you if you make this! You can add or remove ingredients as you like, just make sure it's not dry!
Mix it all together and what do you get? Ding Dong! Do y'all remember that game? LOL
Seriously, mix everything together and chill it for a few hours. This recipe comes from The Pinning Mama. 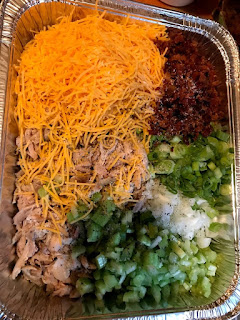 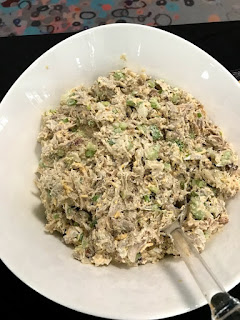 It's simple. Too simple it seems.

Combine all ingredients in a punch bowl. Garnish with orange slices if desired. It is sweet, but oh so good! 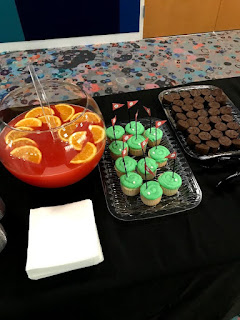 Tom is an avid golfer. A few years ago, he tried to convince me that I could be great and even tried to give me a set of clubs. The thought of dragging golf clubs around in the South Carolina heat left me less than enthusiastic. Now I wish that I had taken the clubs and gone at least once with him, just to make him happy.

I played with a lot of ideas about cupcakes and cupcake cakes. My goal was to make a cupcake cake of a portion of a golf course. But what had happened was, I waited until I finished everything else to make the cupcakes. I had worked a full day, shopped and cooked. I was tired. My attempt at Italian Meringue Buttercream failed miserably and I ended up just making a traditional American buttercream. Then, I was nervous about the shade of green. It looked horrible to tired eyes.

When I got everything loaded up at work the next morning, my coworker/friend Gabrielle put the flags together while I was prepping other stuff for the party. Once we got the flags on them I wanted to cry! The original flag plan was for toothpicks. When I pulled out the box of toothpicks I didn't feel like they would be good enough (and they wouldn't have been). Then I set my eye on the coffee stirrers! Perfect!

I had a cupcake stand for them, but the flags were too high, so we opted to use trays. Everything worked out perfectly and Tom enjoyed the party. I don't know if he ate any food, but he did enjoy a cupcake.

They are vanilla sour cream cupcakes. I used Americolor gel colors to tint the buttercream. The "golf ball" is a sugar pearl. I swirled instead of doing the grass tip because I wanted the ball to show. And I kind of suck with the grass tip, if I'm being honest! I found a free downloadable file for the little flags from Fab Mom KT. 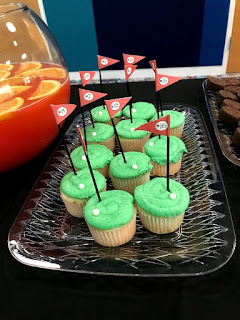 To Tom, I say see ya later, not goodbye. This friendship is far from over! 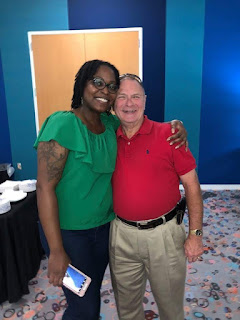 I hope you all have enjoyed this post! Let me know if you make any of the recipes!