November 17, 2017
This past Sunday I hosted a Crafty with Canon party. I won the party through House Party (I love this site!).

Initially I was planning to do a few different finger foods. Well, the temperature dropped and I wanted soup. And chili. So I made both! And my sister also made a soup that was super delicious. I used my usual go to chili recipe, except I doubled up the seasonings because I didn't have a chili seasoning pack. I think it actually tasted better! I made it in my electric pressure cooker! It was so much faster and it tasted better than it usually does. I'm in love with my pressure cooker and would like another one. Anyone have one they want to give me?

Anyway, we had fun exploring the Canon Pixma printer and printing out photos and making cute little frames! But the food was really the star of the show! I'm going to link to all of the recipes because aside from small adjustments, none of them were my own!

Broccoli and Cheese Soup.
This was a big hit! It was my first time making it. I doubled the recipe, but should have tripled it! The creator calls it "Better than Panera" and it really is! 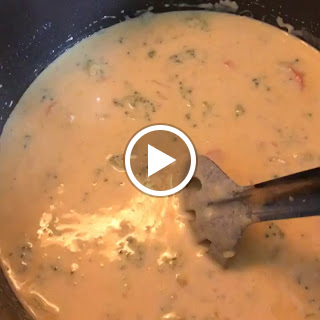 The recipe can be found here: https://www.averiecooks.com/2015/01/best-broccoli-cheese-soup-better-panera-copycat.html

I used chicken stock and not vegetable. For a truly vegetarian dish, use vegetable stock.

Turkey and Mushroom Chili.
This one really surprised me! I thought the cinnamon was going to throw the flavor off, but it really didn't! Everything combined very nicely! 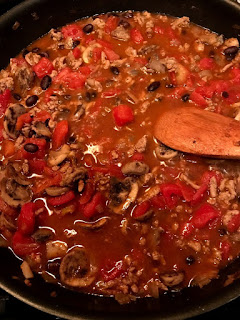 The recipe can be found here: http://www.inspiredtaste.net/26337/turkey-chili-recipe/

This was a last minute decision. I was going to make two of the same and do a turkey and a beef but I wanted it to be different. It was so good! I used regular chili powder and not ancho chili powder. I also used sliced button mushrooms because that's what I had!

Chuck's Chili Con Carne
This is my go-to chili recipe. I've made a few of my own modifications, as I have mentioned, but the original recipe can be found here: http://www.cooks.com/recipe/7m3a72fb/chucks-chili-con-carne.html 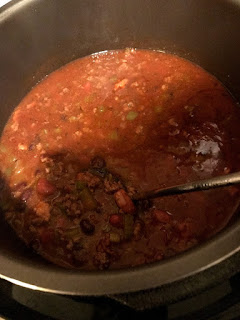 My sister made a neckbone and vegetable soup that was DELICIOUS! I don't have a recipe for it because she never measures anything! It will be in our family cookbook due out 2095 LOL! 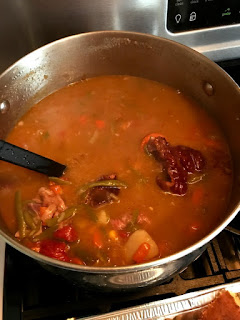 My mom made some cornbread, I made sweet tea and watermelon Kool-Aid and we had some dessert!

Bailey's Chocolate Mousse
OMG. OMG. I don't think I can say that enough. OMG! This mousse was soooo good! I'm thinking about making it again now!! I also doubled this recipe and it was a good thing I did! It was light and fluffy and not at all heavy! It took a few spoonfuls for some people to realize they liked it. I did NOT use Bailey's. I used the brand they sell at Aldi for like $6.99 because that's how I roll. It was still yummy!

The recipe can be found here: https://www.lemontreedwelling.com/2015/03/baileys-chocolate-mousse.html 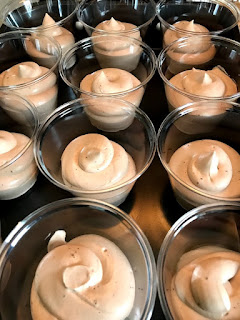 Peach Cobbler
And last but definitely not least, I made a Peach Cobbler. This has become a family favorite. My mom used to make it all the time, but since discovering my love for desserts, she hardly ever makes any desserts anymore. Insert sad face. I've made this recipe about 10 times since finding it earlier this year. It's easy and doesn't require anything too fancy. I didn't have regular milk, so I used unsweetened Almond milk. It must have been good because I didn't get ANY of it.

You can find the recipe here: https://www.keyingredient.com/recipes/396529598/old-fashioned-peach-cobbler/ 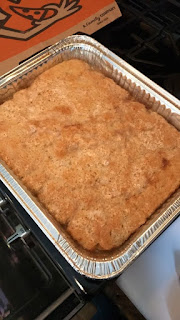 YES I cook from other people's recipes ALL THE TIME! They have already done the hard work, so why not? I'll usually make it according to the recipe the first time and will often tweak it to suit my own taste buds.

Let me know if you make any of these recipes and what you think! 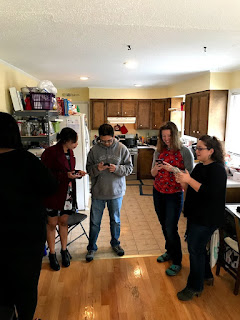 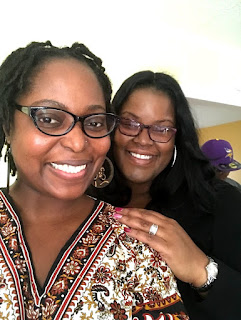