My Sister is Getting Married! Bridal Shower Edition!

September 21, 2015
My younger sister is getting married!!! I'm beyond excited for her and her future husband. The wedding is about 5 weeks away! That seems so close, yet so far!

A few weeks ago we hosted her Bridal Shower. I believe it was enjoyed by all...except Amy's phone incident. Sorry Amy! Overall it was a great time! My duties included assisting with the games and of course, making dessert. No biggie lol.

So here I wanted to share some of the activities we had and maybe it will help someone else out that's planning a shower.


We also had a date night idea jar. We had everyone to write ideas for dates on Popsicle sticks and presented it to her in a mason jar. 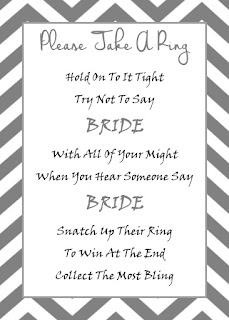 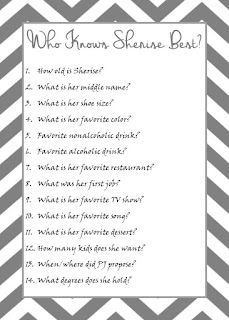 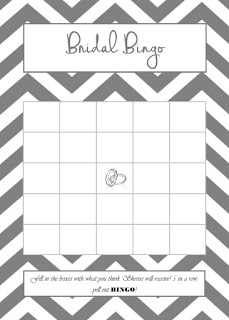 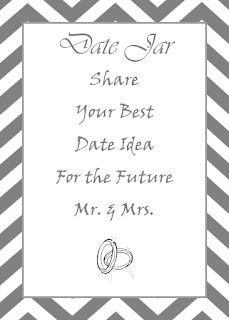 Put a ring on it was simple. Each guest was given a fake bling ring. We purchased them from Party City. If anyone said "Bride" their ring was taken. The person with the most rings at the end of the shower won. Except we had to switch it up to make it more difficult because no one said Bride! So we changed it to words that begin with the letter "S" and had a winner.
Bridal Bingo was fun. Guests filled in a BINGO card with gifts they thought (knew) the bride would receive. The first to get BINGO won. We had 3 winners.

For the Who Has The Groom Game, I found a template on The Wedding Chicks of the tuxedos and then I printed out a bunch of pictures of guys (some gorgeous, some not) and 1 picture of the groom. I cut and pasted the heads of said men on the tuxedos and put each one in an envelope. We passed the envelopes out to each guest and told them when to open them. The guest with the groom won the prize. I had intended to tape them under each chair, but ran out of time.

Who knows the bride best was a list of questions that we had Sherise to fill in. Whomever had the most correct answers won. None of us felt like we knew her very well and it was hilarious!

The Kissing Booth was a mason jar full of Hershey's Kisses. The person to come closest to the correct number of kisses won the jar.

Pass the gift was an interesting little twist. We had a gift in a box. It was a gift card for Dollar Tree. It was passed around as Sherise opened gifts. Every time she opened something that contained the color RED it was passed to the right. When all the gifts were opened, the person holding the box won.

We held the shower at California Dreaming (great food) so that none of us would have to cook...with the exception of me baking lol.

The bridal party all wore white and the theme for the desserts was "All White Everything!"

We also had popcorn from Popology in Baton Rouge, LA as favors.

Thanks for stopping by!!!