I just wanted to give a quick update on what's going on in my land of Graves' and Hypothyroidism. I went to see my Endocrinologist last week...I had already seen my lab work so I knew that something was "off."

First, let me skip back to how I'm feeling. It's now been roughly 9 months since I had Radioactive Iodine Therapy. I'm still tired. Still achy...but I do sleep a little more. Not much, but noticeably more than I was previously. I have horrible mood swings and I have a hard time concentrating sometimes. But I think that's mostly because I have too much going on right now (insert violins). My weight is at a slow incline...but climbing. I'm busting out of most of my pants so I'm resorting to tights and stretchy skirts and dresses a good chunk of the time. Most of the time it's cute.

So I went to see him and he asked how I was feeling. His standard first question. I told him that I feel like a fat ass old lady. In those words exactly. After he laughed he told me I wasn't fat, maybe a little overweight...but definitely not fat. He then told me that it's going to be hard as hell for me to lose weight because now my thyroid has zero functionality. Hello super hypo.

Apparently 3 months ago my thyroid was still producing a little hormone, which made him reduce my Synthroid. Now it's not producing...which is why I felt like death warmed over...because I wasn't getting enough of the hormone. So now it's upped again. I feel like some twisted science experiment.

I have, however seen a little improvement in the tiredness department. I'm not so narcoleptic during the day. Now I can stay awake until midnight watching all the tv shows I miss. But then the four-ish hours of semi-sleep I get leave me extremely tired and I have about $50 of grocery under each eye as I hit the snooze button 3 times then I'm late dropping the baby off which makes me late for work. But most of the shows have been worth it (Empire). Did I mention I'm also living in my house as I try to sell it with an 18 month old? OY!

He also gave me OS-CAL-D. See, I told y'all I am an old lady! I haven't noticed much improvement with the achy bones...but I guess it all takes time. I'll go see him again in 3 months and hopefully by then I will be stable and energized enough to work out. I'm doing much better with my eating habits, but still have a ways to go!

My hair filled back in and got SO THICK that I cut it back off! LOL But I don't have the thinning at my hairline any more and I love my new cut! 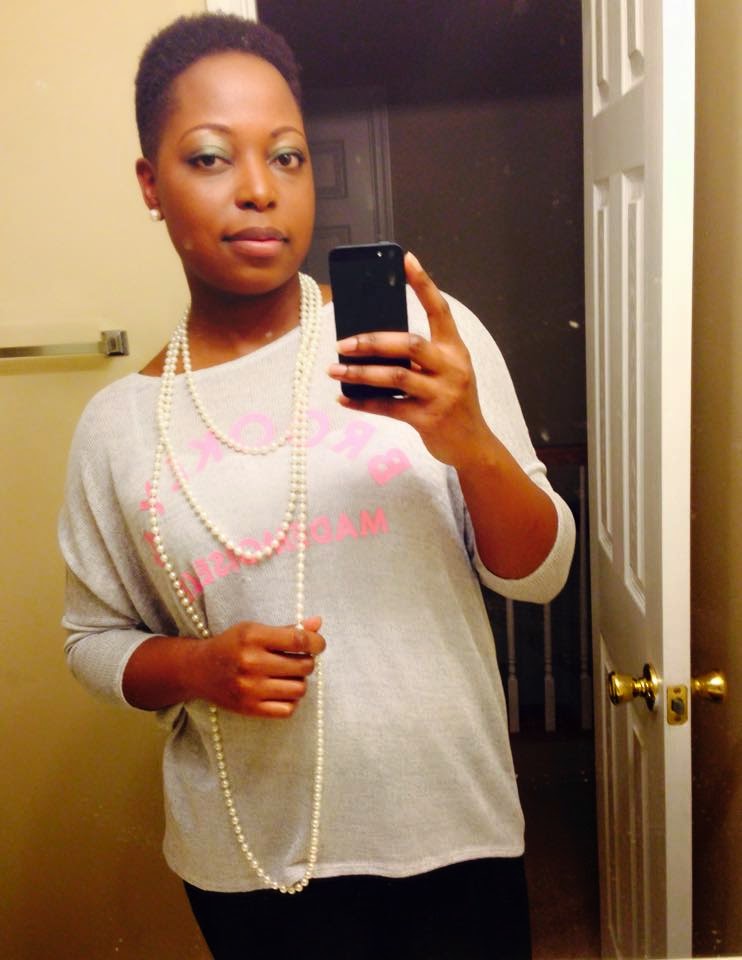 Keep me in your prayers as you all are always in mine!