I bring you greetings and wishes for a beautiful day! Where do I begin? It seems like I haven't talked to you in forever! I've been a cooking/baking fool! I really don't know where I've found the time or energy.

**Side note**
In Graves'/Hypothyroidism news, I'm doing much gooder. I think my levels are semi-normalized. I've been on Synthroid since July...next round of bloodwork is in October. I still have a little craziness, but it is manageable now (thank God).

In the past few weeks have been a few birthdays and holidays. And besides that, I'm really trying to get back into the habit of cooking at least 3 times a week. The summer has had me very lazy...and I must have lost my mind thinking I could eat out so much LOL.

So here is a little wrap up of the latest and greatest w/ links to original recipes. I modified a few to my own liking...but hopefully I will get to post each individual recipe soon.

**Side note #2**
Boogie is now 13 months old...she is a firecracker! She's had some minor health issues recently but she is doing well and giving me hell every day! I love her little stinker butt! 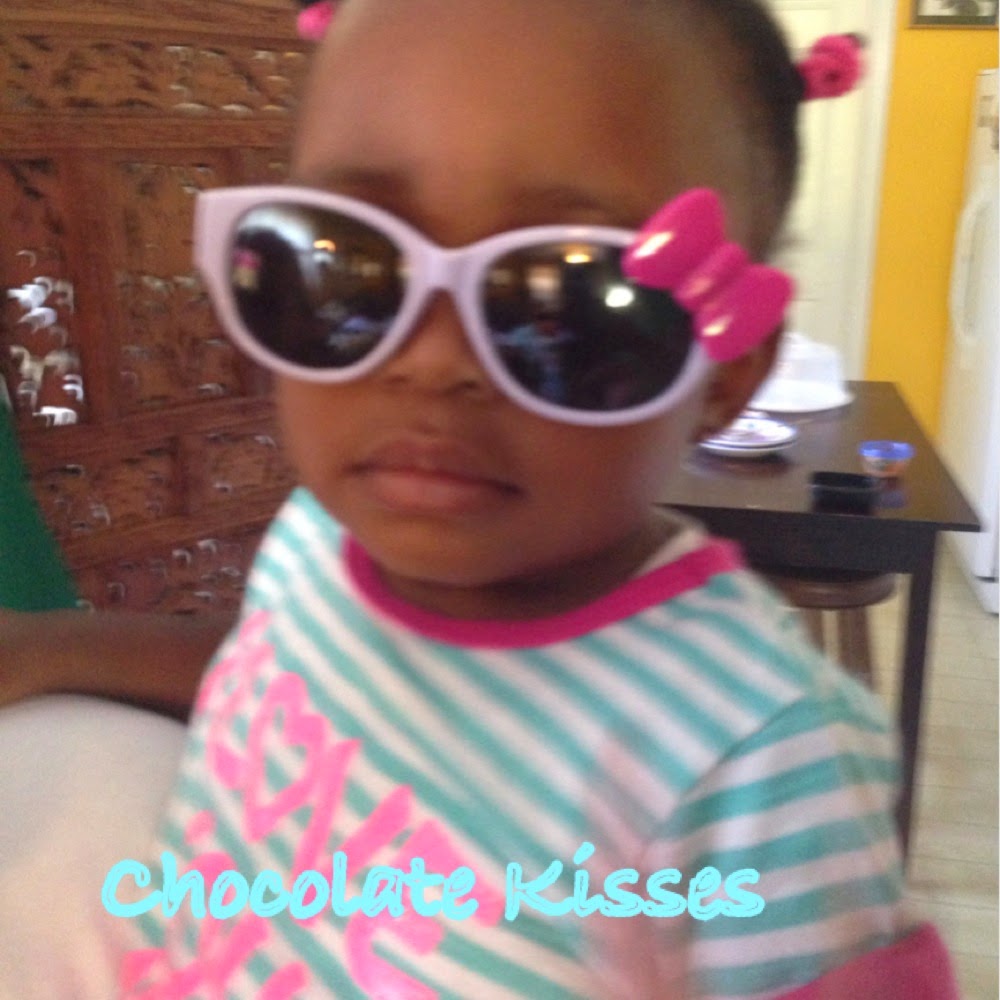 And now for the food...no more side notes :) 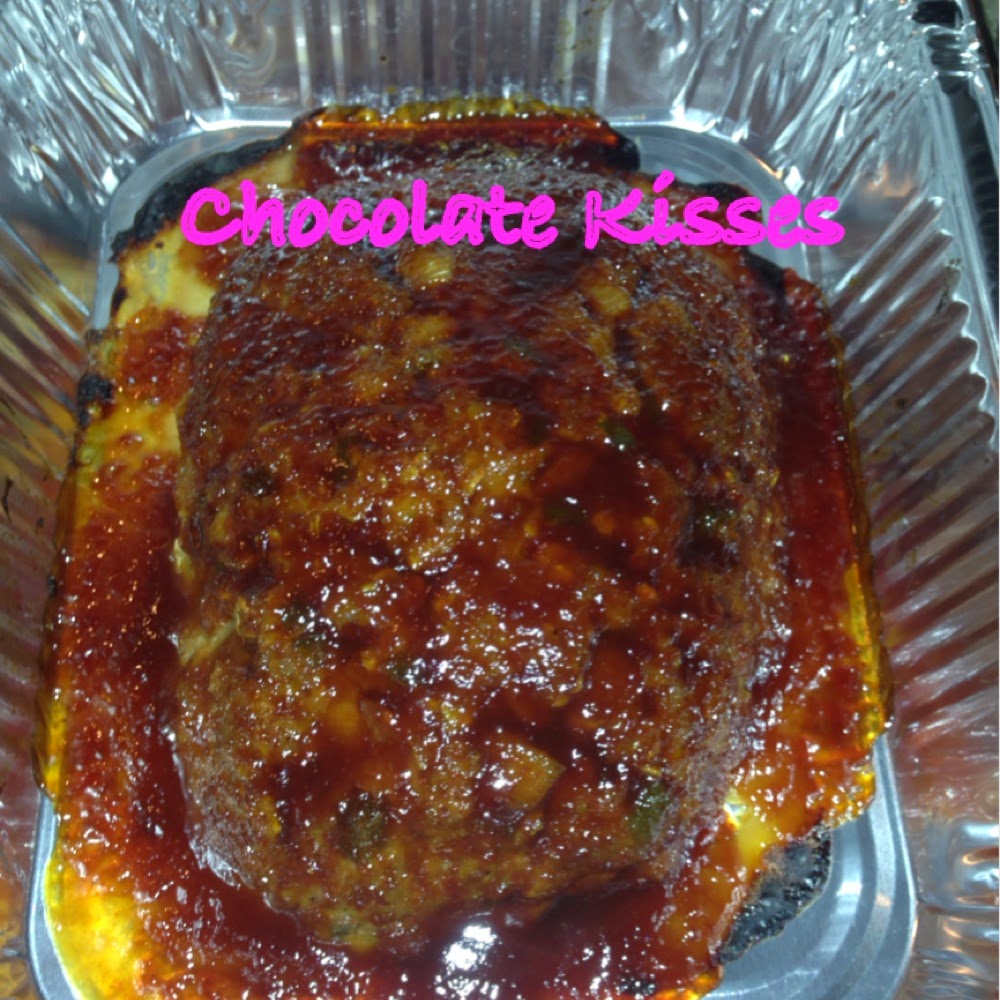 You've seen this meatloaf before, the only difference this time was that I used the Splenda Brown Sugar mixture for the glaze...it was way too sweet! So next time I will probably cut the amount of brown sugar in half. Recipe is here. 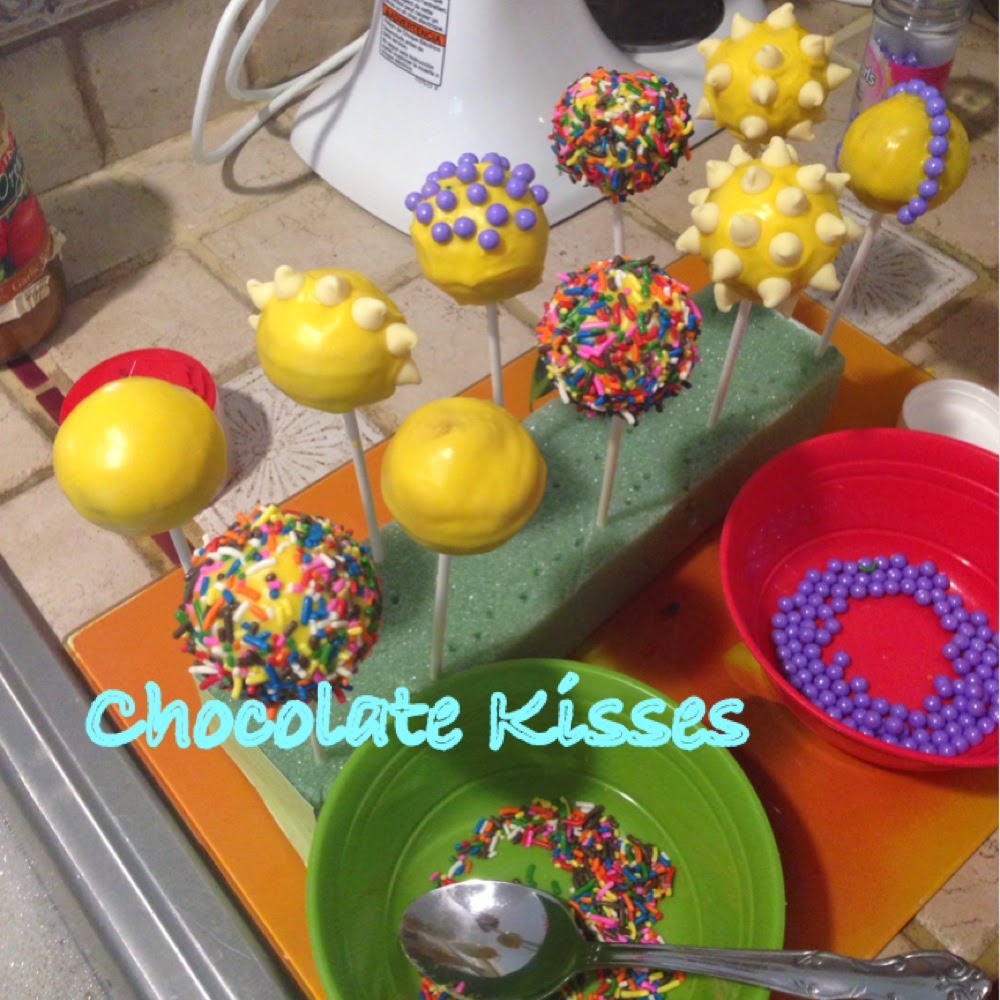 I made these cake pops for my best friend's birthday. The last time I attempted to make cake pops it was a disaster and they ended up being ugly (but tasty) truffles. I used the Keebler cake pop maker, which was super easy. And a yellow cake pop recipe from Babycakes. Making the actual cake part was too easy. Dipping them was another story. This was super fun to do though and I'm sure once I get a method down it will go smoother. Is that a word? They were pretty and tasty! I put them in a vase so they would look like a bouquet of flowers. 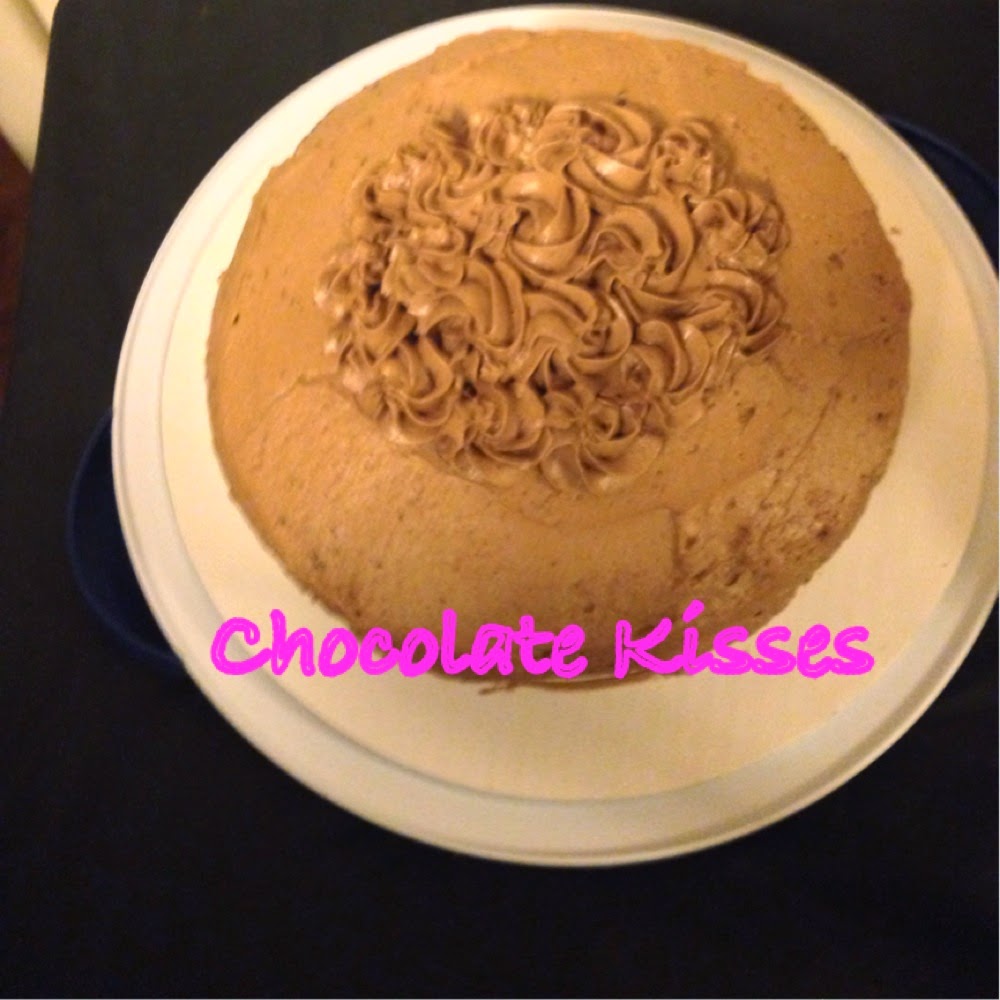 My mom had been hounding me for a chocolate cake with chocolate icing. I try not to give her what she wants because she is diabetic and I want her to be healthy. Since it was her birthday, I decided to treat her a little. And I knew we would eat most of the cake lol. This was actually a box cake...because her birthday was on a Wednesday and I had to work AND I had a toddler stuck to my leg...box cake it was. I jazzed it up a bit and they couldn't tell. I also broke it in half and had to "glue" it back together. They didn't notice that either! The buttercream, was however, homemade. I'm not a fan of jarred icing. At. All. I used this recipe for the chocolate buttercream and it was beautiful! 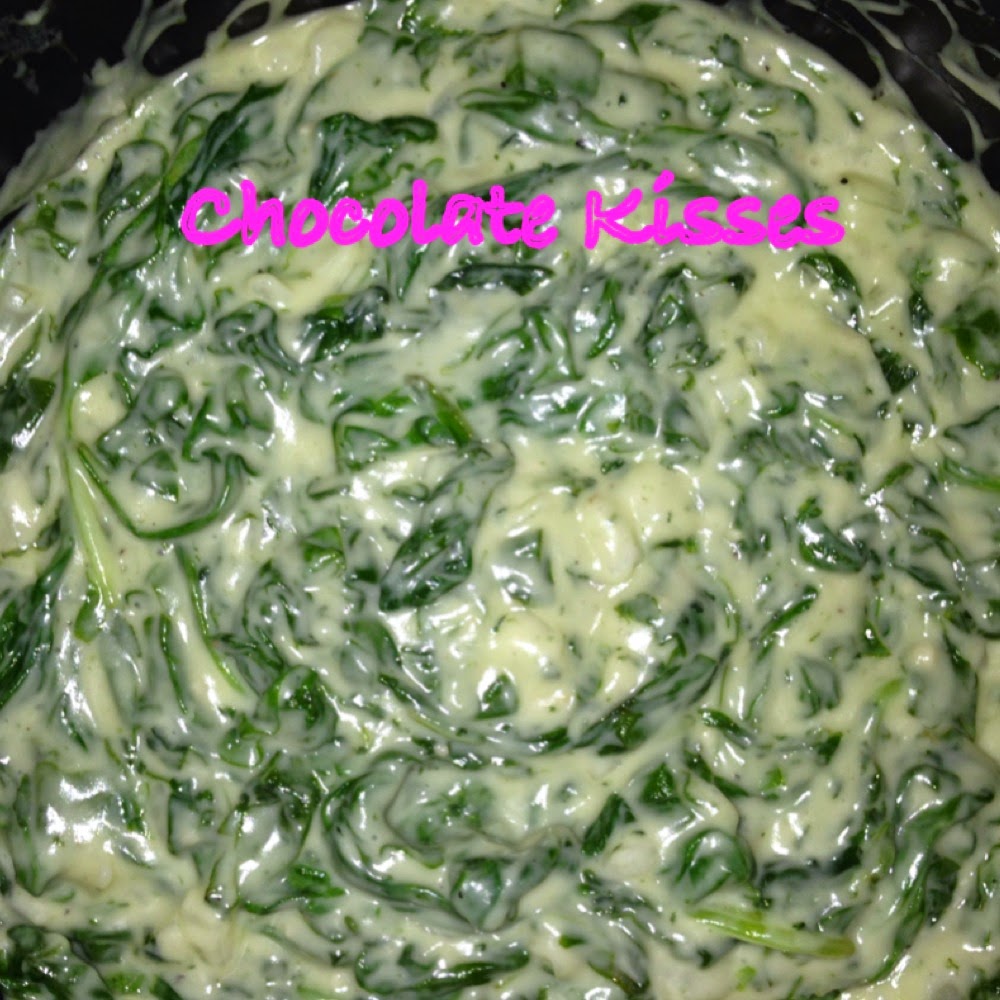 This creamed spinach to me was just ok. It wasn't seasoned well enough. I actually thought I was being kind of heavy handed with the seasonings in the recipe. With a little adjustment on that end it will be superb, so I'm going to hold on to this recipe from the Pioneer Woman. 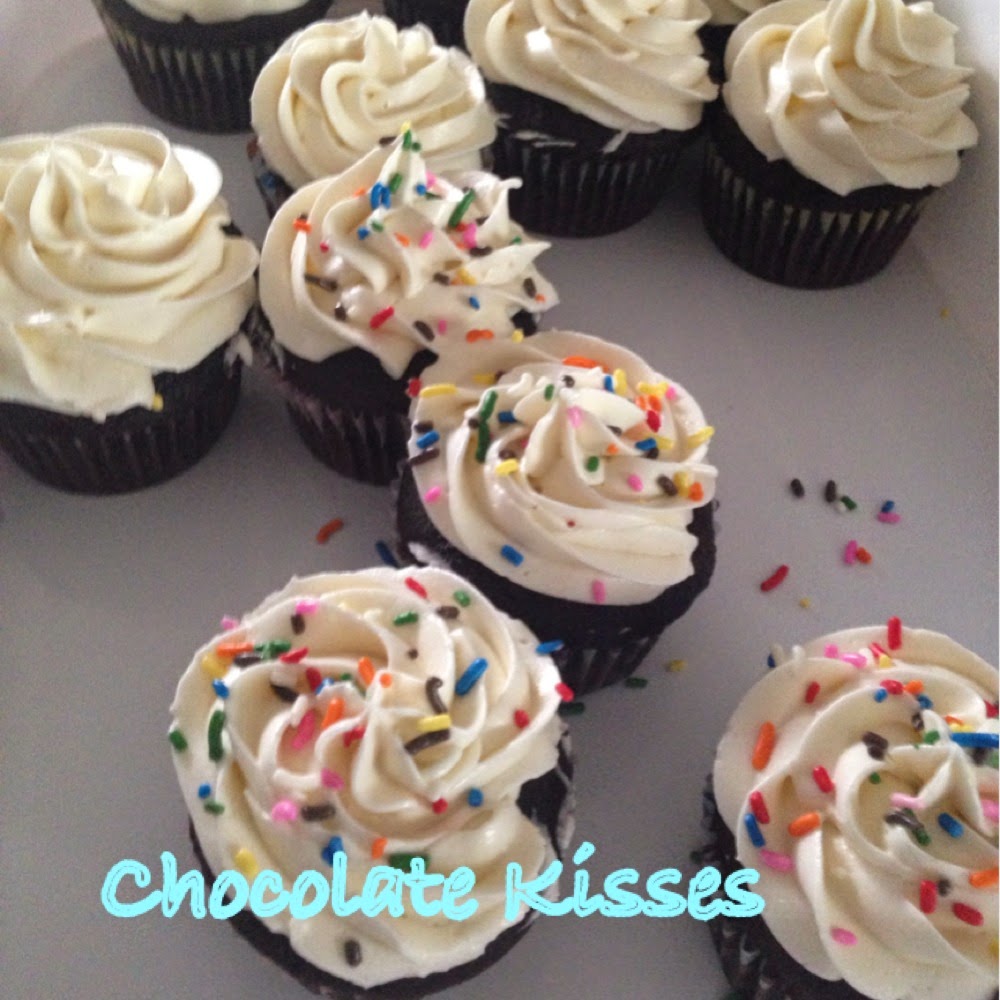 I actually made these cupcakes for Labor Day. Also boxed mix that had been jazzed up. I bought a jumbo star tip and fell in love with it. The frosting is my new favorite. It tastes like ice cream and requires NO POWDERED SUGAR! It also holds up well to coloring (I use gel colors). The recipe for this icing can be found here. I have not made any modifications because it doesn't need any. I do want to figure out how to make it chocolate though. I was skeptical...but man...I could just eat a bowl of this! 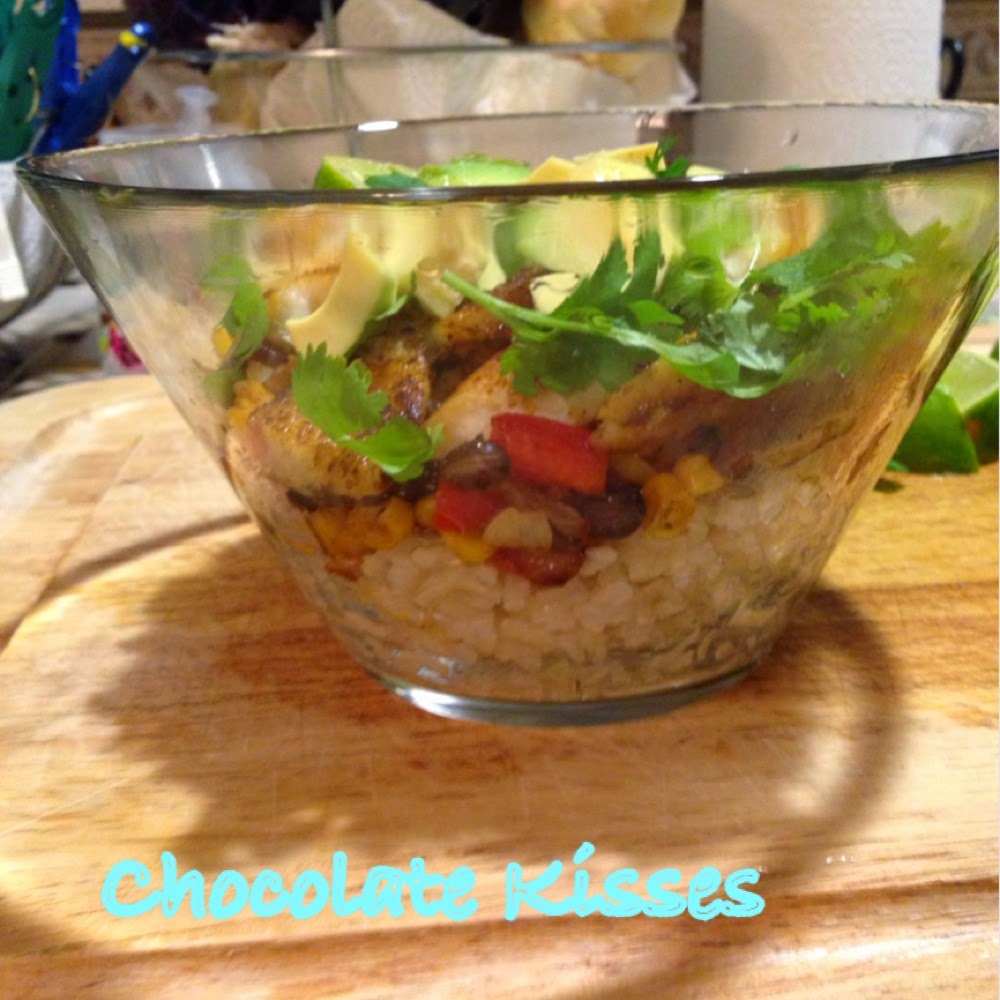 This is a fish taco bowl. I couldn't get a good picture of it because I was starving and Boogie was on level 10. So this is what I got lol. It is damned good! I'll be adding this to my dinner rotation...as soon as said rotation starts rotating lol. Simple and comes together quickly and makes your taste buds explode. For real. 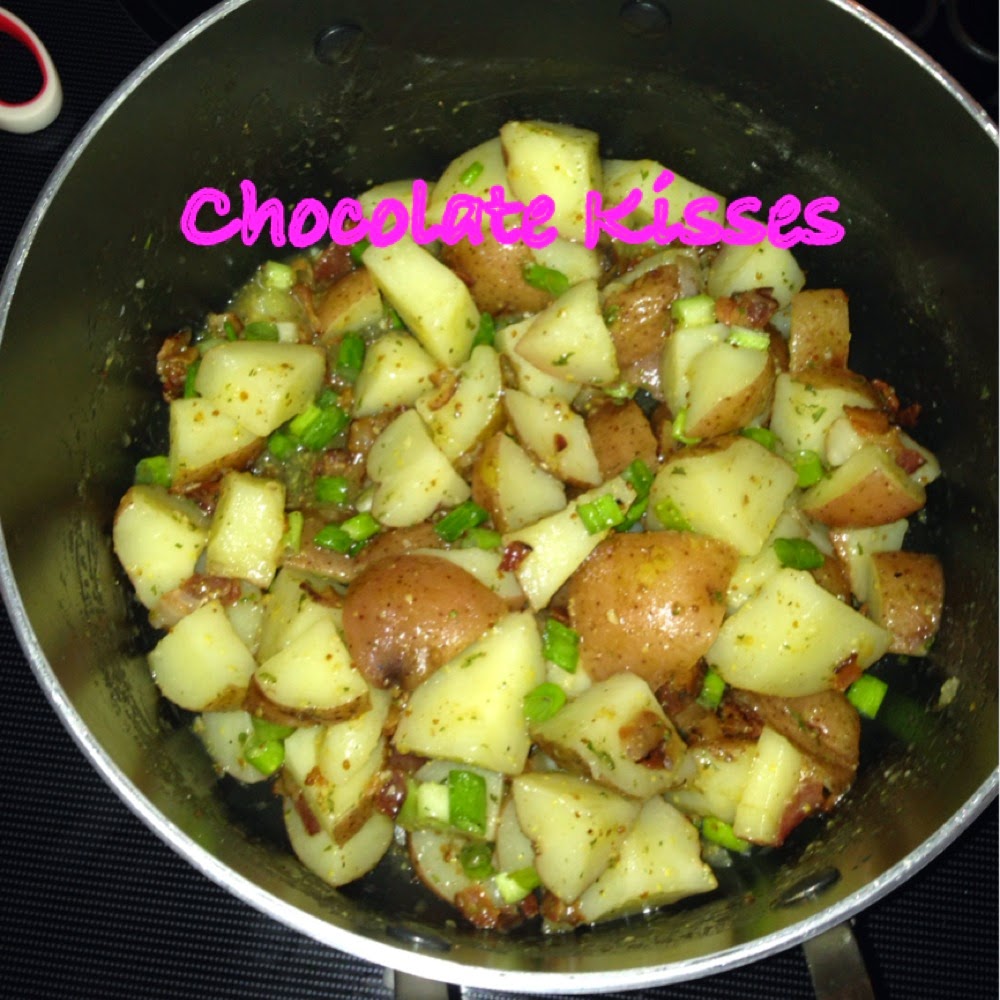 And speaking of taste buds exploding...this German Potato Salad has rocked my world. I made it last night, in the middle of the night because I was hungry and we got home late. I modified the original recipe a little. I didn't have dijon mustard so I used coarse ground mustard. I refused to pay $2 for fresh parsley so I used dried and I used jarred, chopped garlic because, well, I felt like it lol. This did not disappoint. Make it! 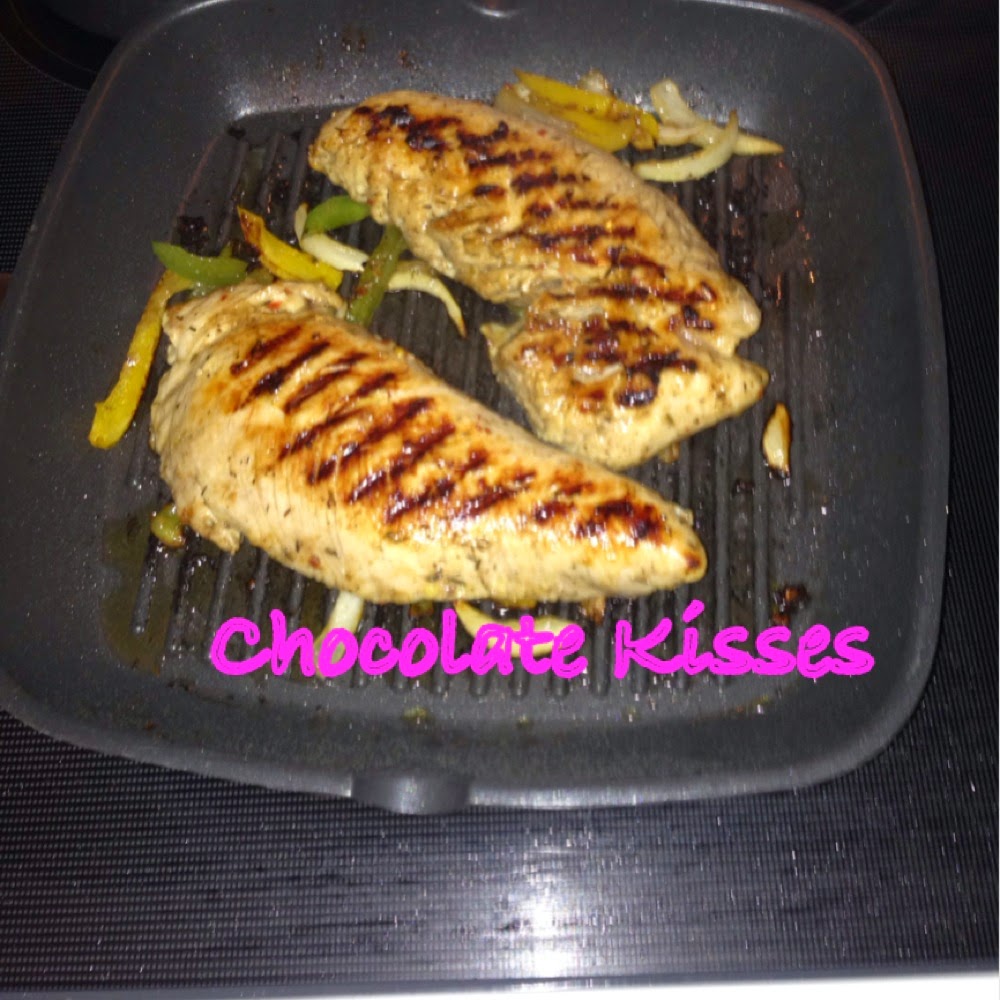 This last one I'm mostly throwing in here so I will remember it. These were turkey tenderloins I picked up in the store not knowing what I was going to do with them. I had a packet of the Weber Just Add Juice Carribbean Jerk marinade and that's what I used...let them marinate for 30 minutes then grilled them in my grill pan. I had green beans and yellow rice as sides.

There are a few more dishes that I've done (mostly from Pinterest) but I won't overwhelm you further. Check out my Completed Pins board!!

Wishing you a happy and tasty rest of the week!