June 30, 2014
Seems like I JUST wrote her 10 month post...probably did just write it lol. It's very hard to stay on top of things these days.

But goodness gracious! She's mastering running. Not quite taking off too much but boy she's fast! And she tests limits to the max. I'll tell her no, which she fully understands, and she will sneak to do it anyway. Sometimes even looking to see if I'm paying attention. Most of the time it's pulling the tea bags down to open the box or pulling all of the tupperware out of the cabinet...then falling because she stepping on the tupperware tops. Sigh.

She loves to squeeze in between things and hide. Then she laughs when you call her name as if you don't know where she's hiding. It's the cutest thing ever! She also has a fondness for slapping. Thanks to her grandpa who is already teaching her to fight. I anticipate many phone calls when she is around other kids. As her two top front teeth descend, I'm finding that she's not wanting to eat a whole lot. But she's biting EVERYTHING. Anything she can connect those chompers to, she's trying to bite it! Fun. Really. LOL

She is hilarious and every day she cracks me up. She sings herself to sleep when we are in the car. If I have music playing in the morning, she will wake up singing and dancing. The perfect way to start the day. I now mostly call her boogie. She's always dancing. And I do mean always! When she does decide to eat, she eats like a champ! Although she is refusing to sit in the highchair and eat. I suspect this is because her granny isn't making her do it at her house. But who knows?!

She loves to be outside, even though she gets flushed really fast. But she loves the outdoors and that is ok with me!

Before, she was refusing to wear shoes. Now she LOVES to wear shoes and even goes looking for them if they aren't on her feet! This makes me happy because now I'm not so paranoid about her walking around outside the house. How did this come about? I took her to Walmart, put 3 pair of shoes in front of her. Bought the pair she touched first and it was that simple! Of course they are silver sequined shoes but who cares?! SHE'S WEARING SHOES!

I'm in fully party planning mode. I've sent out invitations to almost everyone that I plan to invite. So much for it being small. Not going to happen. Her birthday party is falling on a day that a lot of loved ones can't be in attendance and I've told them it's fine because she won't remember it anyway. I have a feeling my mom has posted the invite somewhere for the entire world to see lol.

I'll have another post with the crafts and such...don't want this post to be too long! Some people have asked me "how was the party?" It hasn't happened yet. LOL! I'm just trying to get all that I can done so I won't have to stress about it the week of the party! You guys are virtually invited! I'll share as much as I can. Hopefully someone will volunteer to be the picture taker so I can enjoy the party with her. I look forward to it!

I think that's enough for one post lol. Here are some pictures of my little doll. I need to issue an apology to Jay Z and Beyonce because anytime I attempt to touch her hair she hauls @$$! LOL! Even in her sleep! So now, I get it. But she will attempt to comb it herself. With the back side of the comb. Go figure. 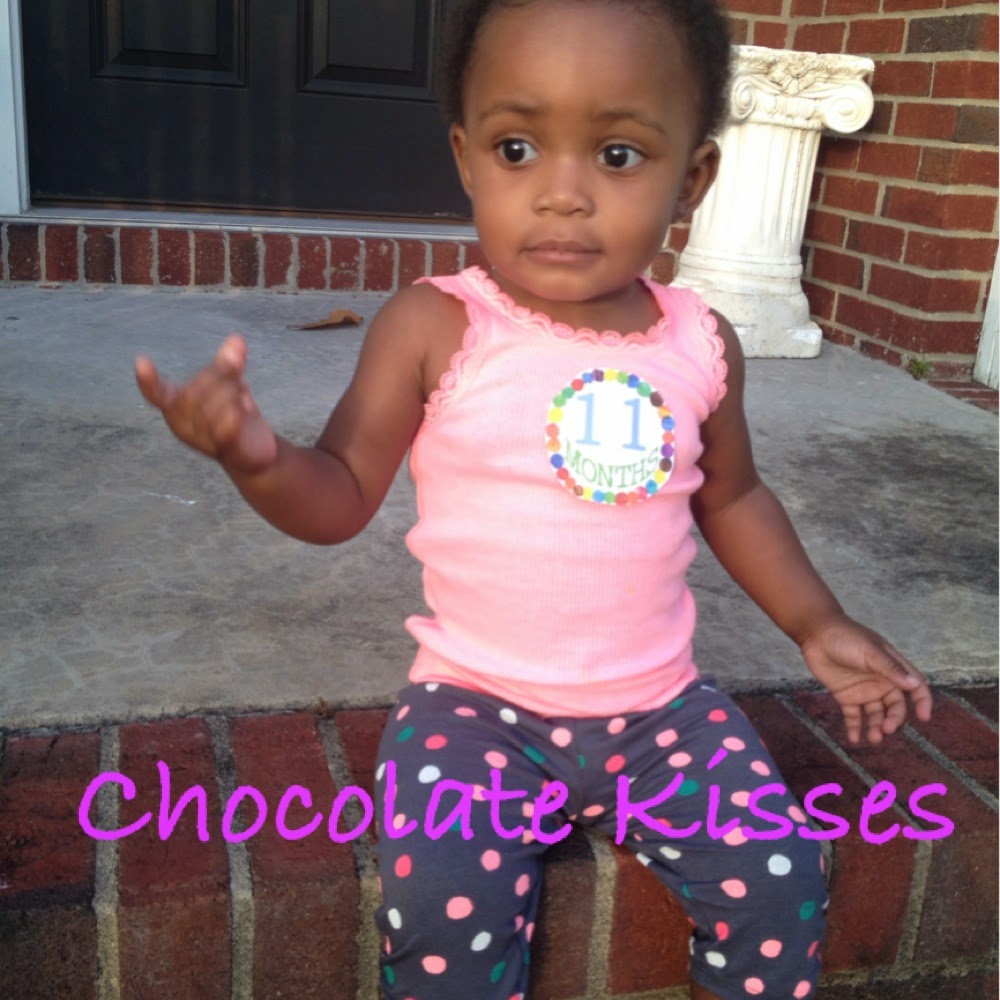 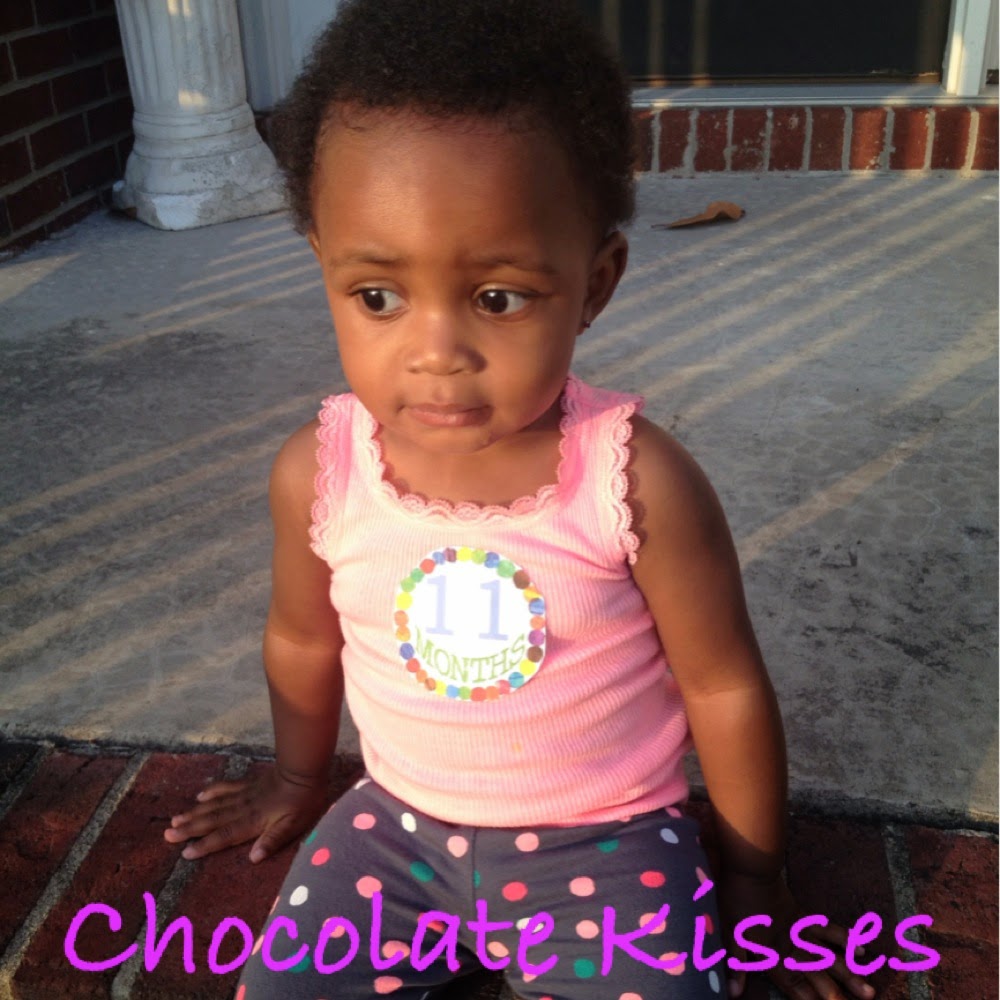 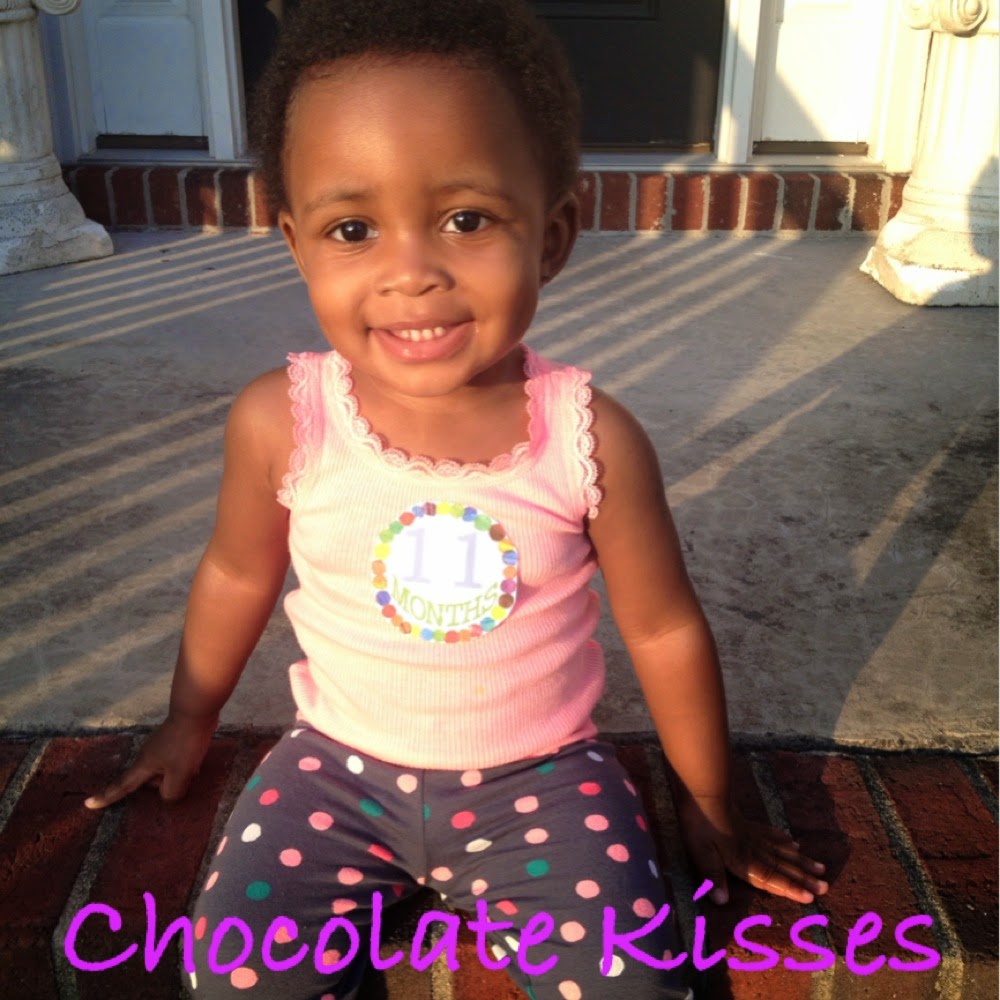