June 18, 2014
Hey guys!
It feels like forever since I have posted. Maybe because my days are blurring into one long drawn out scene. I'm tired. Graves' is kicking my butt these days. I go for more blood work on July 1 and will see the doctor some time after that...

But even with all the work, tiredness and sigle-mommyness I made the time to show my dad just how much I appreciate him. He's my dad and Boogie's granddad but he is the only constant man in her life. He already teaches her so much and she loves him to pieces. I'm his only blood child and I knew no one else would make a big deal of the day. He's not much for big deals anyway. So at the expense of sleep, I made him dinner.

A very yummy dinner might I add. I was a bit skeptical but it worked out. I asked him earlier in the week what he wanted for dinner and he quickly replied "seafood." Great. I can't afford the seafood I knew he wanted...crab legs, shrimp, a low country boil even. I made it my mission to figure out a way to get him seafood without it breaking my pockets and I did.

I searched for "seafood lasagna" and came across so many recipes I almost drowned. One stuck out on the Progresso website and I kept going back to it so I decided to give it a try. I was skeptical because the recipe called for salad shrimp and imitation crab. I was sure this was NOT going to please any of us but decided to go with it. Since it was easy enough to make and I already had most of the ingredients on hand. I used whole wheat noodles, not white.

I set out for Walmart first because I needed some other household things. They didn't have salad shrimp. I tried to buy the smallest shrimp they had but it wouldn't ring up. Then at the register I noticed that I picked up imitation lobster and not crab. UGH! I wasn't going back through the store so I decided to stop at Publix on the way home. They had the crab, but not the shrimp. Ok, this was wearing me thin. One more store was on my way home. Food Lion. Mind you I had the kid with me and getting her in and out of the car so many times was irritating the both of us. But Food Lion had the shrimp on sale for .99 a bag and the crab ran about $2.50.

I also had been wanting to make this cake for about 3 months but I kept talking myself out of it because I knew I would eat it all. So cake he would get too. Seafood lasagna, salad, and cake was his menu.

I put Boogie to bed with the intention of getting up to cook. I fell asleep. When I opened my eyes it was 1:15am. It took me another 15 minutes to force my self out of the bed, but I had to get up.

I got the lasagna made. It was really easy. I completed the steps up until it needed to go in the oven. I would stick it in the oven once we were out of church since I was delivering the food to my dad's house. Running super late, I got both of us dressed, the car loaded up, dropped the food off at my dad's and made it to church before the sermon began. But I was exhausted. By the time I attempted to lie down Boogs was waking up. 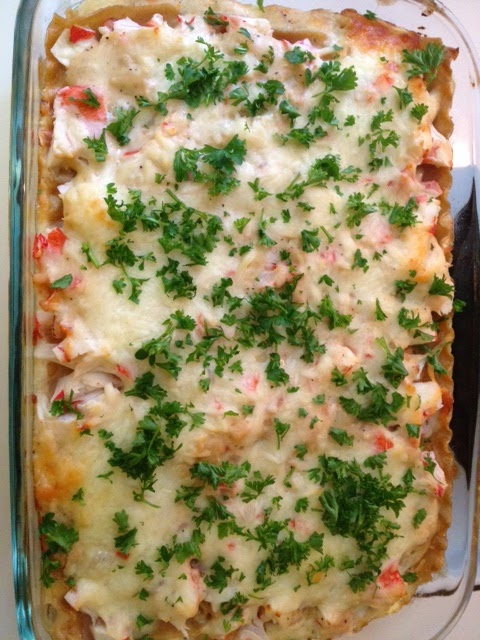 I am definitely keeping this recipe on hand because it was delicious! Tasted even better as leftovers Monday.

Now, on to this cake. I have been baking my way through the Rock Recipes website. They have amazing cakes on there and I haven't made one yet that wasn't the bee's knees.
The cake turned out beautifully...until I turned into a Nascar driver...but was still delicious in it's crumbled state. I couldn't believe I broke the cake. Luckily, I took pictures beforehand! 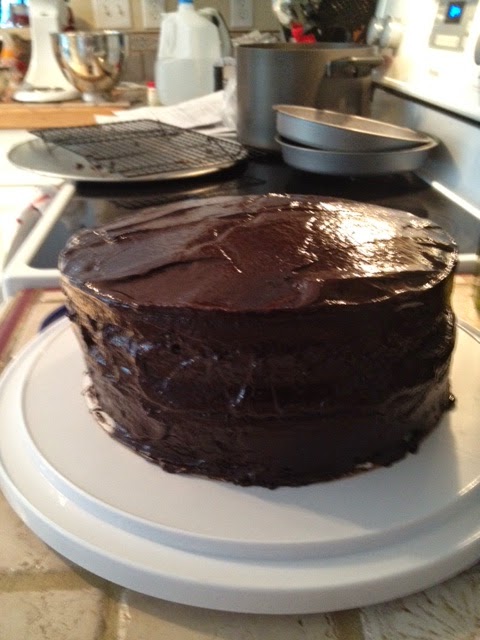 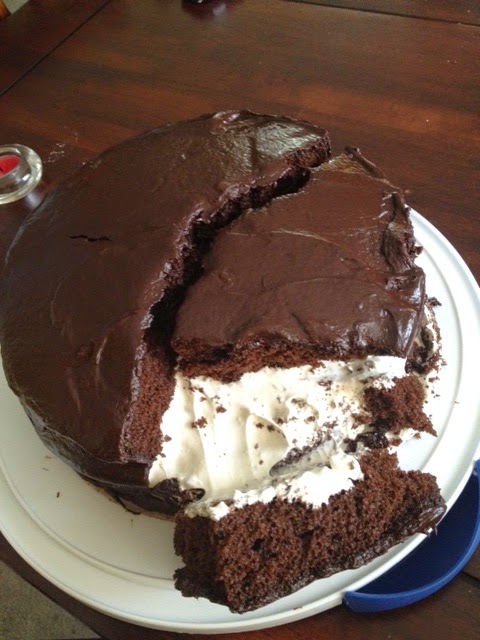 My dad thoroughly enjoyed his meal. I always know when he likes it because he takes it to work to show off and share lol. He also FINALLY put up a gazebo that I purchased for them 2 years ago. I told him if it wasn't up by Father's Day I was taking it back. Of course I wasn't really going to take it...or was I? LOL But it's a little too warm in South Carolina already to be sitting outside. This humidity will choke you! I also gave him a simple but heartfelt gift from Trinity and I and I thought he would cry...it's the little things! 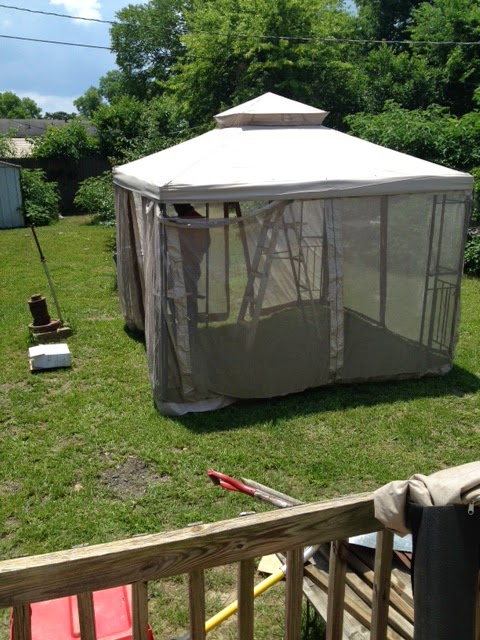 All in all it was a great day! Boog got to meet her uncle Buddy for the first time and they seemed to enjoy their meeting. She also met a few other family members from her dad's side (still not him though) and they all were very kind and loving toward her. That made me feel great!

I hope all of you fathers had a terrific Father's Day and I wish you a happy, cool summer! Until next time...


Combine all ingredients in a mixing bowl and beat with electric mixer for 2 minutes.Pour into 2 greased and floured 9 inch cake pans or one large 10 -12 inch baking pan. Bake at 350 degrees F for 30-35 minutes or until toothpick inserted in the center comes out clean. The time will be longer for a larger pan. Cool completely.
Marshmallow Frosting

In a small saucepan combine sugar, corn syrup and water. Bring to a boil over medium heat and continue to cook until the mixture reaches 240 degrees F on a candy thermometer or when a teaspoonful of the mixture dropped into ice water forms a soft ball that holds its shape when cool.Whip the egg whites, cream of tartar and vanilla extract to soft peaks in a large bowl. With the mixer on medium high speed, slowly begin to pour the sugar syrup down the side of the egg white bowl in a thin continuous stream. Continue to whip the frosting until it forms stiff peaks.Frost your cake immediately with this frosting while it is still slightly warm as it is easier to spread smoothly than if allowed to cool completely.
Chocolate Ganache Glaze


Scald whipping cream almost to boiling and pour over the chocolate chips. Let stand for 3-4 minutes before stirring well until smooth.Split a single layer of the cake horizontally and fill the ceenter with the marshmallow frosting. Finally spread the chocolate ganache over the cake and allow it to cool. Serve.