An Ode to Hip-Hop


When I think of Hip Hop, a lot of things come to mind...Kangols and Shell toes, beatboxing, LL Cool J circa 1988, and gold teeth (yes these are mine) remind me of the old Hip-Hip...and this song Love Of My Life from the movie soundtrack of Brown Sugar. Don't you just love that movie?! 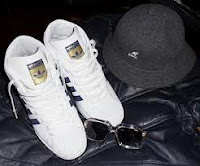 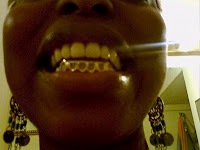 But of course Hip-Hop has evolved. People are no longer break dancing in the streets on broken down cardboard boxes. No more wearing humongous rope necklaces and carrying boom boxes.
Even though all of that has changed, HIP-HOP IS NOT DEAD!

Hip-Hop...what is it? A culture. Directly associated with rap music and fashion of the urban community. Since it's origin in the 1970's, the culture of Hip-Hop has become heavily commercialized and is no longer an underground culture.

The New Hip-Hop...Jay-Z, Lil Wayne, Wale, Kanye West, The Roots, A Tribe Called Quest, Nas...I could go on and on. Movies like Notorious, 8 Mile, Hustle & Flow...the collections are really limitless. You could get lost and not want to get found if you get in deep enough.

One of my coworkers approached me and asked me if I would be interested in assisting with putting together a Bibliography of Hip-Hop titles that we have here at the library. Of course I would! I asked her what it was for and she started telling me about Cola-Con. I thought it was dope! She didn't know much about Hip-Hop and I told her I would be more than happy to assist.

So what is Cola-Con you ask?
Personally, I've never been...but I'm trying to work it out so that I can attend this year. Cola-Con is a meeting of the minds of Hip-Hop and Comics. The venue is the Columbia Museum of Art and it boasts a plethora of comic book artists, lectures, panels and music. 2012 is the second year of the event and this year's headliners are Ghostface Killah and Phife from A Tribe Called Quest. HOTNESS!! Tickets for the event are $25 for a one day pass and $40 for both days. Online ordering is not yet available, but check the site daily for updates www.cola-con.com.

There is a preview event being held tomorrow, September 18th at the Assembly Street location of the Richland County Public Library. There will be some pretty awesome panelist from the Columbia area. The panelists include:
Sanford Greene
Corey Hutchins
Dre Lopez
Sammy Lopez
Steven Prouse

You can check out the Facebook event for more information HERE.
You know what's even better? Richland County Public Library has TONS of Hip-Hop titles, including cds, books and movies! And as long as you are a valid library card holder you don't even have to pay...unless you are one of the people that check things out and never bring them back...in that case you have to pay. So any of you out there reading this that have titles that I have been looking for...BRING THEM BACK!

Here are just a few titles you can find at RCPL: 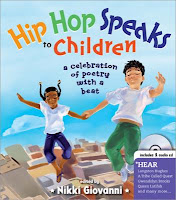 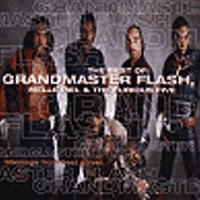 There are many, many more! Some come check out the panel tomorrow and be sure to buy your tickets to the event! There are so many times that Hip Hop or Rap is shown in a negative light. So I would like to promote something positive. Something that can uplift a community and bring harmony.

I personally don't know Preach Jacobs, but I hear only good things about him. So to Preach and the others that have worked hard to put these events together, I salute you!

And it just wouldn't be right if I didn't shout out K. Jones and C. Johnson from RCPL! 2 of my favorite librarians!!!

I will be in attendance at the panel tomorrow evening and I hope to be able to make at least one night of the events...hope to see YOU there!!!