A Labor Day of Love

I LOVES me some holidays!

It also reminds me of two death anniversaries. One being my oldest brother, Errick and the other being one of the loves of my life, CJ. But instead of crying and being sad I try to think positively. And show those family, friends and loved ones that are still living that I love them. And that is what I tried to do.

How do you celebrate birthdays? Is it just on that special day? Or is it an all week (or weekend) affair? Usually our celebrations last all month...and being that this is September, I'm already tired! We kicked off celebrating by going to an All White Party and we had a blast. I must have lost myself because I don't have any pictures of my crew! We were something like 20 deep and I am MAD I don't have any pictures! But I do have a few of the birthday girl! 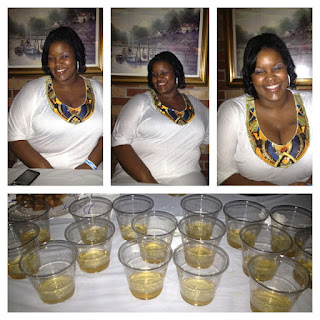 As you can see the Tequila Divas were in the building and we WERE the party!!! When I find some pictures I am going to update this post...somebody was snapping I just have to find out who!

This just in...here are random shots that I just so happened to appear in (Taken by the DJ)


On Miko's actual birthday, we had dinner at Pasta Fresca and then we had a surprise for her. I won a House Party Smirnoff Frigetender Party (www.houseparty.com) and decided to have her a special treat along with the Smirnoff. She had been asking me to bake cookies for weeks. She even put a post up on Facebook asking for "likes" so that I would do it. I told her if she got to 100 I would. But she didn't.

So I decided to bake some for her birthday and set up a little bar. It was super cute and the desserts were tasty! I made chocolate chip cookies, chocolate cookies with pecans and chess squares. We also had a mimosa bar. Isn't this just the cutest?! 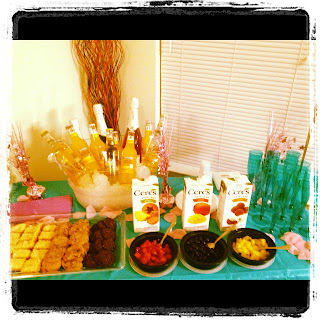 We also had a blast with the goodies that I received for the Smirnoff Party Pack...the Frigetender masks are super creepy! 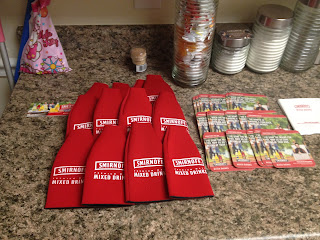 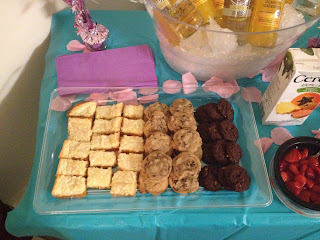 After all of that FUN, I had the honor of getting up at the butt crack of dawn to cook and bake all over again for my mommy. It is always a pleasure! For her, I made a Cream Cheese Pound Cake, a Chocolate Cream Cheese Pound Cake and my Pasta Salad, only this time I used shredded chicken breast instead of pepperoni. 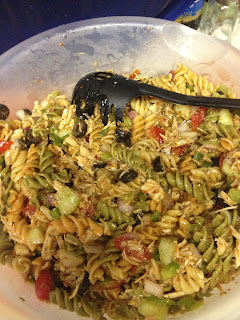 My sister and brother in law cooked the bulk of the food and it was all fabulous!

Happy Birthday to all the September babies!