June 20, 2012
I am officially declaring June as a month of madness...and it's not even over yet!!! The month has been busy, but a good busy. A group of my gal pals and I ventured to Puerto Rico and man, it was...simply beautiful. 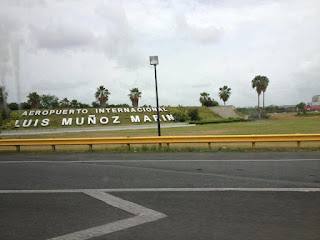 It started with a little hiccup...well a big hiccup. I left my purse in Columbia and did not realize it until I got to Atlanta! I didn't think I would make it to PR that day, but by the grace of God I did! And met some pretty awesome people while delayed!

We just so happened to be in Condado during their Culinary Festival...and you know that was perfect for me! Food, dancing and drinks...all in the street!!

Beautiful people, beautiful beaches, beautiful food...I could go on and on. My only complaint was the heat! Apparently the island's electricity is produced by coal therefore no central air in most places, not even the airport! It was HAWT!!! Oh yeah...everything is SLOOOWWWW. No such thing as fast service LOL...but who's in a rush on vacation?! 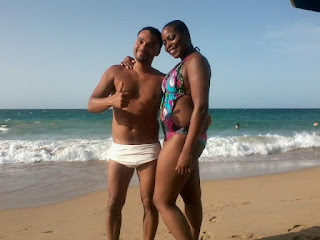 The men wore speedos!!! This is Niko! LOL
And now for what I ate...


It was an amazing trip and I can't wait to go again! Maybe this time I will see more sights. There seemed to be some kind of stigma. We tried to do the Bacardi Factory tour but there was a bomb threat. I was content to just sit on the beach and get a super tan...which I did! I even managed to speak some broken Spanish and French! 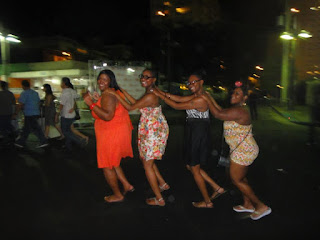 Have any of you guys ever been to Puerto Rico? How did you like it? What vacations are you planning? I need ideas! I could get used to this tropical island thing!